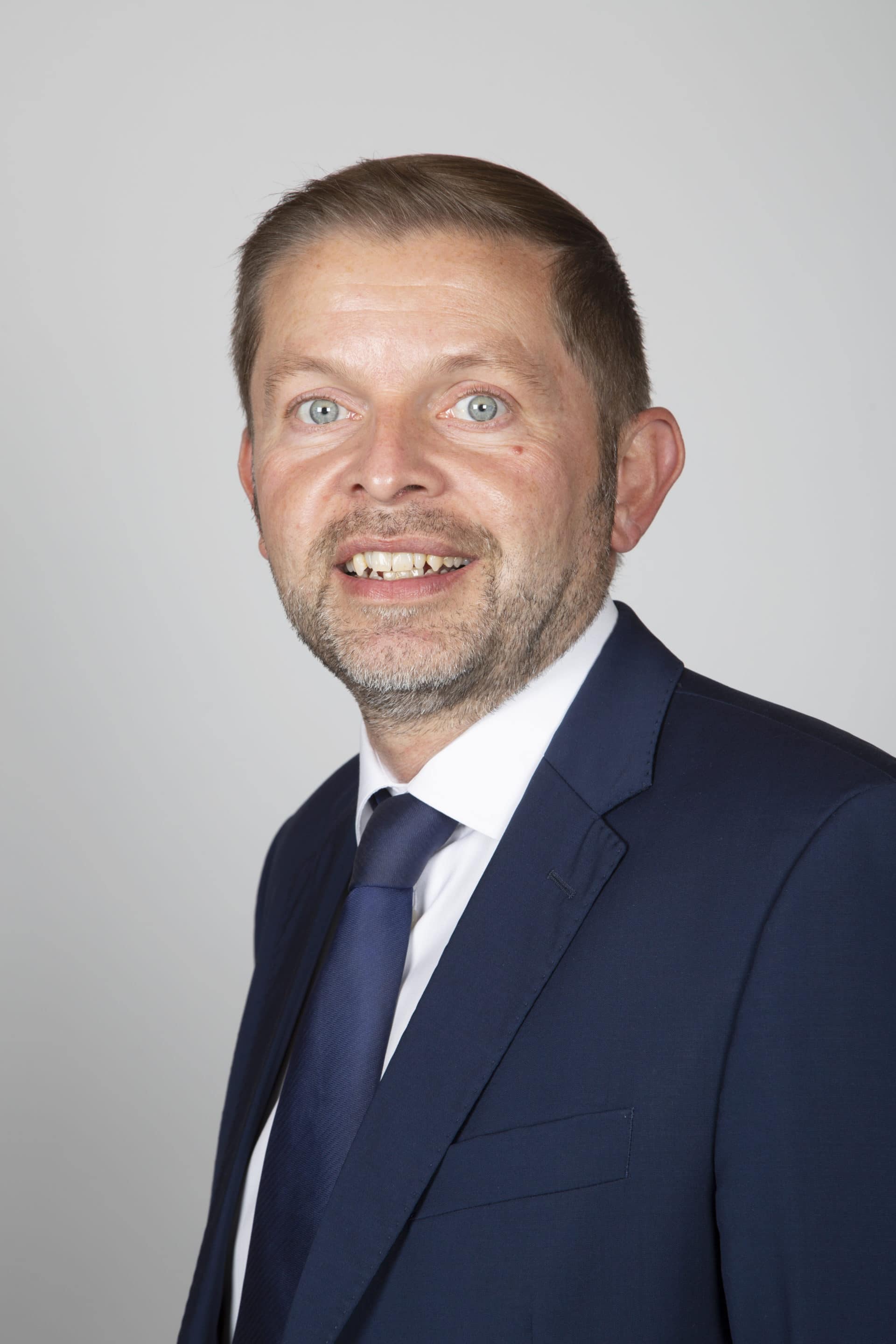 James started in the financial services world in 1989. Initially expecting to become a PE teacher, a friend worked for Friends Provident – the life insurance company – and said they were looking for a trainee administrator. James met a lady called Margaret Davis who, at the time, was the only female branch manager out of 37 offices. After meeting, she offered him the job and in what felt like a few days, he had left school and started work at Friends Provident in Bedford.

The financial services world in 1989 was very different to today. The investments people put their money into were very poor quality and very poor value. There were no disclosure of charges and nobody knew how much anything cost. For James however, it was a great place to start learning the real basics of what financial services is all about, how to deal with people and the trade itself.

Having worked at Friends Provident for nearly four years, James was put on the sales training programme which was only normally open to graduates. Margaret pushed him forward which he greatly appreciated. Unfortunately, it coincided with the beginning of life insurance companies reducing their costs. There was pressure on charges and therefore costs needed to come down. Several offices were closed, including the one James worked in. He was then left with a dilemma; remain with Friends Provident but move to Norwich or take redundancy and look for another role.

As it happened, James was lucky enough to speak to one of the firms that Friends Provident dealt with, who advised that they were looking for a trainee adviser in the Bedford office. This was with Macintyre Hudson Chartered Accounts. He met with Philip Ostle (who was to be his boss at the time), in the local pub; following ham, egg and chips and a pint and Phillip offered James the role. How the world has changed!

Being a trainee adviser at Macintyre Hudson (which become Moorgate House), was a very steep learning curve and something that was very different from the telephone-based work James was used to. Here he was working with accountancy partners and managers, talking to their clients about what we could help them with. For the first time, James really understood how investments worked and the benefit and risk of them to clients. For six years James worked with Phil and really enjoyed the role, in and out of the office. One day however, James was contacted by head-hunter, who explained there was a firm of accountants in Cambridge interested in meeting him. They knew they needed to do something about advisory services, and financial services seemed an obvious place to start. James met two of the partners – Laurence Bailey and Andrew Hume – and after some discussions, they offered him a role at Price Bailey as the Financial Services Manager. The role was to grow the financial services side of Price Bailey which, at that point, was an East Anglian regional firm of accountants.

On starting in September 1998 – James turned up an hour late…not knowing Cambridge traffic was really bad on a Monday morning, especially when it rained! When he eventually arrived, he was shown a computer that he couldn’t turn on and was left alone to get on with it. With no clients, no systems and no knowledge of what he was going to do moving forward; he just hoped that a few clients might endear themselves to him.

Fortunately, the move to Price Bailey was a fantastic choice. Over the years, many things have changed, and responsibilities increased with time. In 2007 – with the help of the then Managing Partner Peter Gillman – James was made an Equity Partner of the accountancy practice, (which now stands in the top 30 in the country), and also Head of the newly formed, private client department. The thinking behind the new department, which still practices to today, was that high net worth individuals with complex affairs need help not only from financial planners such as himself, but also tax colleagues or Lawyers or other professional services. James can act as the trusted adviser bringing every service together. In 2007, this thinking made Price Bailey fairly revolutionary. They merged the personal tax and the financial planning teams together, thus looked after peoples financial planning, their investments and their personal tax….for one fee. They had a team of people who looked after them, shared information and were available to clients whenever needed. It wasn’t rocket science, but nobody else did it.

In 2013, James was elected onto the Management Board of Price Bailey, which he claims is probably his greatest achievement so far in his working life. For somebody from a financial services background to be appointed on to the board of a prestigious accountancy firm by his fellow partners was a great honour. He was on the board for three years until it was agreed Financial Planning should be sold.

His team – Jacqueline, Lynne and Hannah – have stayed with him and the collective aim is to continue to provide a great service and be every clients’ trusted adviser.

Financial Planning is something that James is very passionate about. We all believe it’s a fantastic profession, which James has had the privilege of being part of for the last 30 years. The hope is that he can continue with this for many years to come; looking after his clients and providing new ways of looking at things as the world evolves. he considers himself incredibly lucky to have clients who he have dealt with for many years – in fact some longer than 20 years – who have stayed working with him and trust what he recommends and do for them. 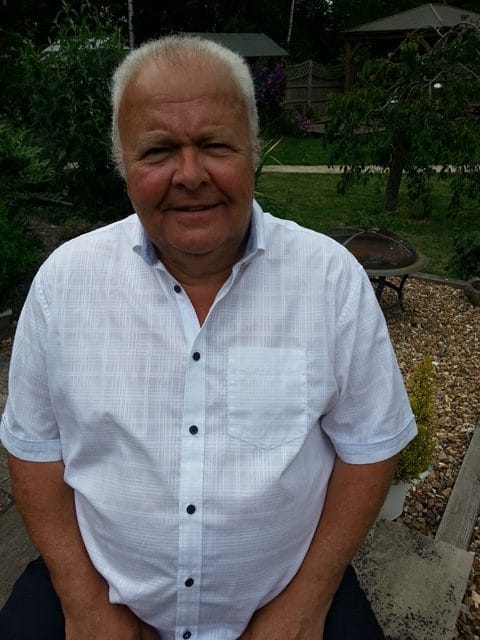 Barry has over 40 years’ experience in the investment and pension field and has worked for providers, employee benefit consultants, national and regional independent financial advisers.  He holds the Dip PFS and Investment Management Certificate.

Barry continued to act as a locum discretionary manager, therefore maintained contact with James King.  After various discussions, 2019 saw Barry re-join the group to work with James as a Paraplanner and Deputy Discretionary Manager.  When King Financial Planning formed, Barry kept working with James and now works from home on a freelance basis.

Barry is married with two sons and one granddaughter.  In his spare time, he enjoys shooting, mostly shooting fresh air or occasionally managing to hit clay.  Barry assures us no animals are hurt in this pastime, not even accidently. 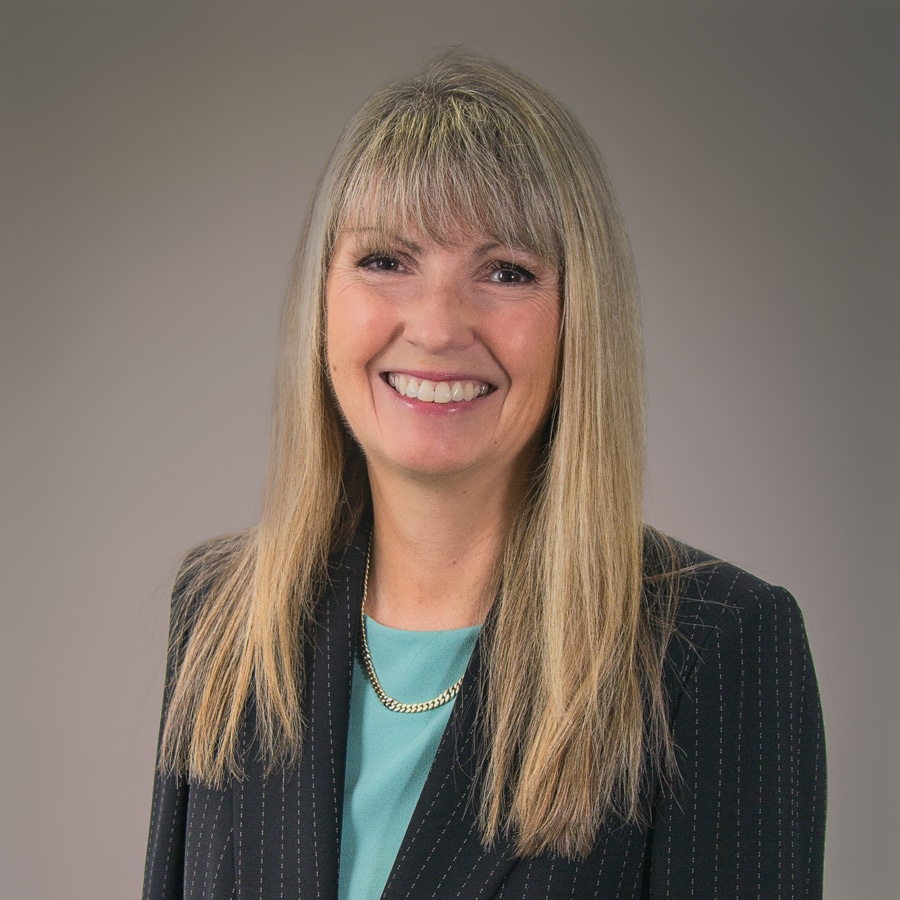 Jacqueline joined Price Bailey in 2001 to work in the financial planning team. She has 22 years’ experience in the financial services sector and obtained Diploma status in 2009.  Jacqueline has looked after the personal financial affairs of James’s clients for more than 10 years.

Jacqueline is married and has 2 children who both work in the education sector. The most important things to Jacqueline are family and friends and she enjoys holidays, eating out, films, books, gardening and cooking. 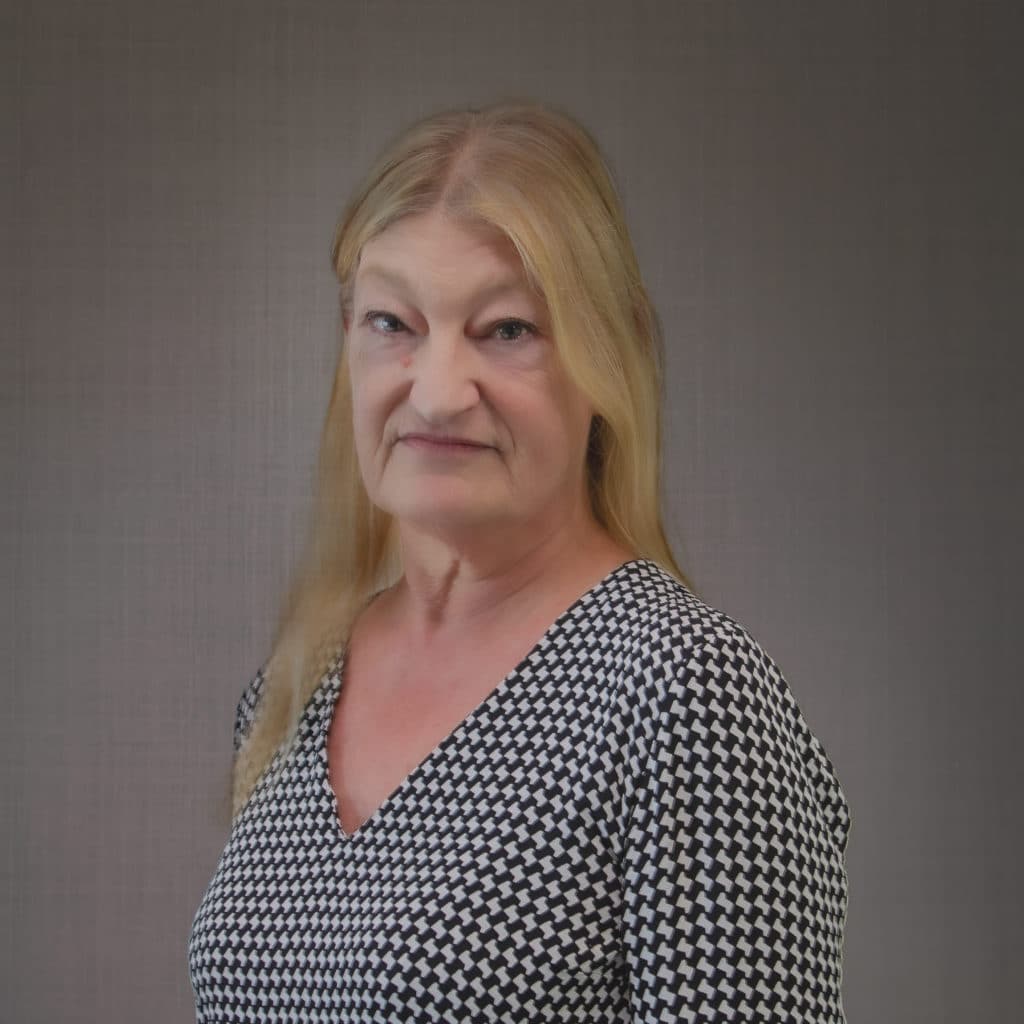 Lynne joined the team at Bishops Stortford in July 2018 having gained many years of experience in administration, working in various industries.

Her knowledge and skill sets have covered many areas during her working life, at the heart of which has always been to build relationships and deliver the best service to both Clients and Colleagues alike.

Her main duties are supporting James in the preparation of valuations and reports for client meetings, followed by organising and processing of any new business as it arises and making sure everything runs smoothly and procedures are followed. 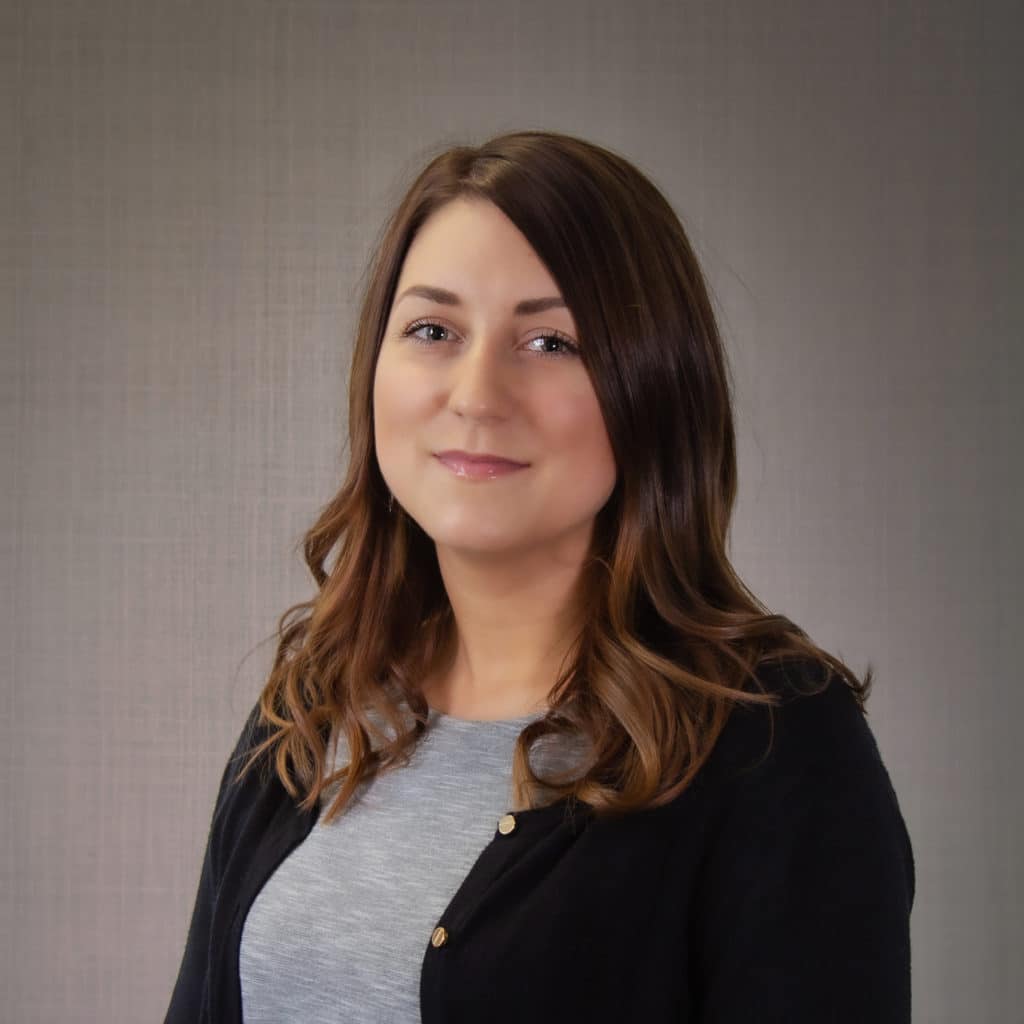 Hannah began working in financial services in 2003 as an administrator at a London based firm. For the last 10 years she ha been working with James at Price Bailey, and now King Financial Planning.

She is working towards studying for a qualification in financial planning, whilst being a mum to her two daughters. In her spare time, she enjoys running, reading and time with her family.

We would love to answer any questions and/or schedule a complimentary consultation. Please call us or send us an email by completing the form below.

If you would like to speak to James King, please leave a message below (including your postcode), and he will get back to you as soon as possible.

Please also indicate which services you are particularly interested in: